The Miner's Dream of Home 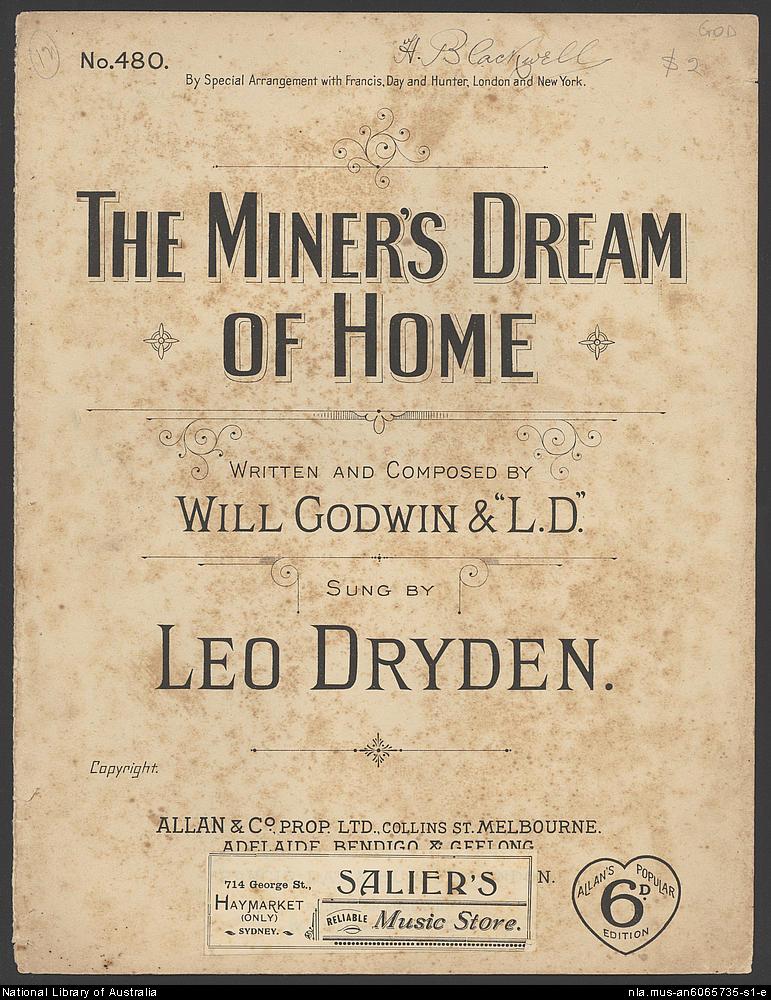 Fred Whiting sang The Miner's Dream of Home in a 1986 recording made in Kenton, Suffolk by John Howson. This recording was included on the Veteran CD It Was on a Market Day and on the Free Reed anthology Midwinter: A Celebration of the Folk Music & Tradition of Christmas & the Turning of the Year. Mike Yates commented in the Veteran CD booklet:

"The words to this extremely popular song were written by the Music Hall singer Leo Dryden (1863-1939), with music by Will Godwin. According to Music Hall specialist Tony Barker, “Dryden must immediately have realised the song's immense appeal for, in an Era advert, dated 31st October, 1891, he announced it as a ‘song that will be sung in every home where the mother tongue is spoken’. The rousing melody and sentimental lyrics telling of a homesick prospector dreaming of ‘England's valleys and dells’, certainly made such an impact with the British public that it passed almost at once into the canon of popular song. Dryden claimed that Francis, Day and Hunter paid £20, the most they had paid up to that time, for the publication right. Its fame was so great that it was remembered long after the name of its singer had been forgotten. Such was Dryden's eventual eclipse that, after the First World War, he sang the song in the streets unrecognised.” Dryden made a cylinder recording of The Miner's Dream of Home in 1898 (Berliner E2013). Fred Whiting always said that it was his favourite song."